A Short Reflection on My Favorite Author 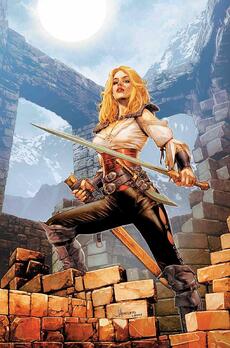 I still remember my excitement upon reading those words. Turning to my wife, I said, "Listen to this." ​​

My wife was not nearly as impressed with that paragraph as I was. "What does it mean?" she asked.

"It means the woman got off her horse."

My wife rolled her eyes. "Then why doesn't it just say so?"

It was then that I realized that Howard is not for everyone. But I knew he was for me. I was hooked, and I couldn't wait to read more.

Who was Robert E. Howard? 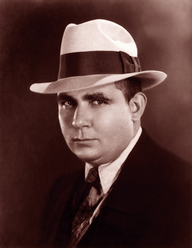 Robert E. Howard
Howard grew up in a small town in Texas during the Great Depression. It was a time when most people were poor and out of work. Jobs were scare, and when Howard graduated from high school, he earned money doing odd jobs on farms. But his dream was to become a professional writer. For a country boy from Texas, it was an audacious dream. 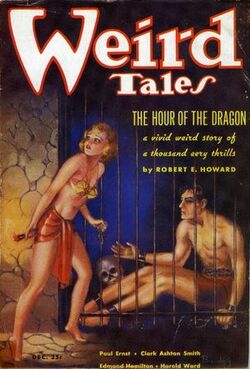 In his free time, Howard walked to the local drugstore, where, for 15 cents, he could buy a copy of Weird Tales or one of the other "pulp fiction" magazines that were popular during that era. Each magazine featured five or six short stories from different authors. Howard soaked them up and also wrote stories of his own, submitting them to these same magazines for publication.

Howard's first story was rejected—as was his second, his third, and his fourth. Rejections piled up. But Howard didn't give up, and finally, when he was 18 years old, he sold his first story to Weird Tales for $16. 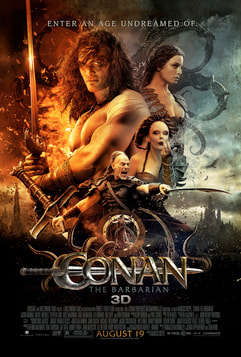 For the next 16 years, Howard earned a modest living as a writer, while living at home and taking care of his sickly mother. His most popular character, Conan the Barbarian, was the protagonist of 18 of his stories. Conan is still popular today, and several movies have been made based on this character. (In my own opinion, none of these movies has come close to capturing the wondrous quality of the books). 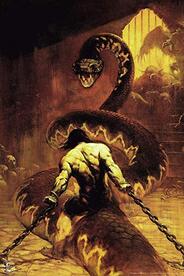 Howard's style is a blend of gritty reality and magical fantasy. He is credited with starting the "Sword and Sorcery" genre. This genre typically features sword-wielding heroes, fast-paced action, and a touch of romance, in a world where magic is wielded by evil sorcerers. 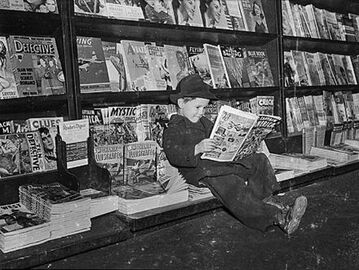 Earning a living as a writer was difficult during the Great Depression. Fiction magazines typically paid a penny per word. So if Howard sold a 2,000-word short story, he earned $20. If he could stretch that story to 3,000 words, he could earn an additional $10. Knowing this, Howard was not shy about throwing in as many adjectives, adverbs, and fancy phrases as he could. ​ 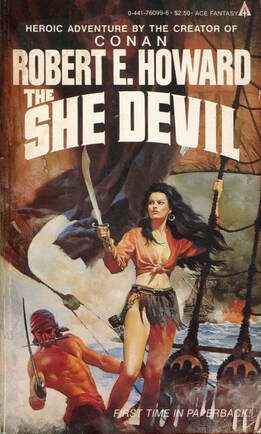 For some readers, perhaps it's a bit too much. Howard's intricate style is, no doubt, the reason my wife was so annoyed when I read her that paragraph in an airport long ago. But for those who love an adventure story told in a literary style—Howard is a genius. I count myself among Howard's biggest fans, and I can still remember the thrill that I got from discovering my new favorite author. Since then, I have spent countless hours enjoying Howard's stories, and even more hours trying to emulate his style.

​I had always love to read, but Howard's stories were different: They made me want to be a writer. 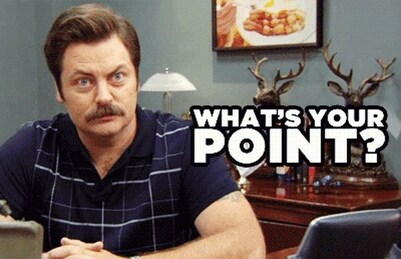 I often tell my students to "cut the fluff" from their writing. That's good advice--for academic writing. When writing essays and research papers, always try to be as concise as possible. Remember Strunk and White's advice: Omit needless words! Never use 10 words when five words will do.

But fiction is different. If you enjoy a literary style like Howard's, chock-full of adjectives, adverbs, and fancy phrases, then go ahead and throw in "needless words". Perhaps you could imagine that you are earning a dollar per word, and see how far that takes you.
Proudly powered by Weebly