Bird in a Gilded Cage 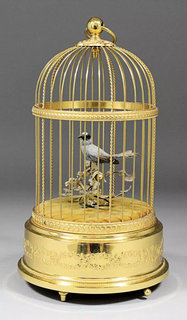 There is an idiom (well-known expression) that describes a woman who is trapped in an unhappy marriage to a wealthy man. We sometimes call her  "a bird in a gilded cage." 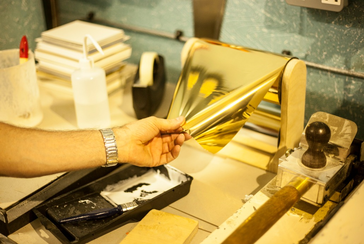 Gold foil is used to gild picture frames and other objects.
To "gild" something means to cover it in a very thin layer of gold. It's a way of giving an object a gold appearance, at a fraction of the cost of creating a solid gold object. That is not to say that gilding is cheap; on the contrary, gilding requires real gold, and gilded objects are expensive. A gilded bird cage is pretty much equivalent to a "golden cage". 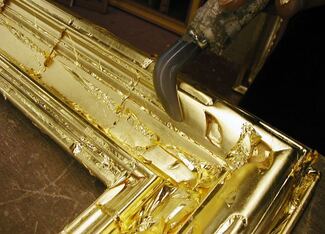 A craftsperson uses special tools to gild a picture frame.
At first you might think that a bird in a golden cage is very lucky. It lives in a golden home! If riches could buy happiness, it must surely be the happiest bird in the world.

But it does not require much imagination to realize that the bird may in fact be miserable. Its golden cage is still a cage, and what the bird really craves is freedom. 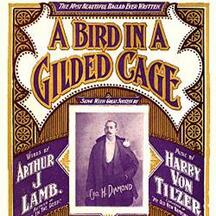 In 1904, Harry Anthony wrote a popular song called "A Bird in a Gilded Cage." The lyrics describe a beautiful young woman who has married an old man for his money. But now,  although she has every luxury that money can buy, she finds that she is nonetheless miserable. 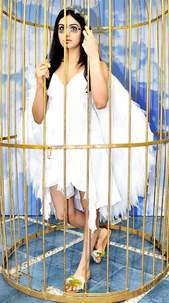 That pretty much sums it up. Whether a woman has chosen to marry for money, or for some other reason has been forced to marry a wealthy man whom she does not love, we often call her "a bird in a gilded cage". 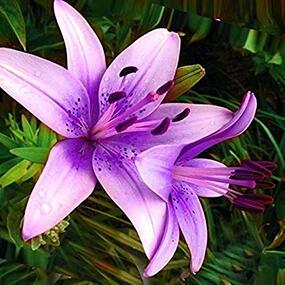 A Purple Lily
To "gild the lily" is another idiom that uses the word "gild". Can you guess what it means?

A lily is a beautiful flower. One might even say it's perfect, just the way it is. Why would anyone want to cover it with a layer of gold? Would it really be any more beautiful?